​﻿The acquisition of drug resistance

Fungi are critically understudied, with an estimated 93% of fungal species unknown to science. As fungi are more closely related to humans than bacteria, fungal infections are often more difficult to treat and drug development has been slow.  Unlike bacteria, which frequently acquire plasmid-mediated beneficial genes and alleles, fungal microbes primarily adapt through a range of genomic mutations (e.g., single nucleotide changes, insertions, deletions) and karyotypic mutations (i.e., changes in ploidy, the number of chromosome sets, and aneuploidy, copy number change in one or several chromosomes).​

Fluconazole, the most frequently used drug to treat C. albicans infections, is a fungistatic drug and thus primarily inhibits, rather than kills, cells. Traditional fitness assays do not adequately capture the intricacies of growth under fluconazole stress. To address this we developed diskImageR, a computational program to simultaneously quantify antimicrobial drug resistance, the concentration of drug where cell growth is reduced by 50%, and drug tolerance, a distinct property that is broadly defined as the ability of cells to grow slowly at drug concentrations above the resistance level. We've used diskImageR to demonstrate that drug combinations influence resistance and tolerance independently and found that in combination with fluconazole (FLC), three drugs with variable synergistic effects on resistance all reduced drug tolerance.

﻿
The genetic basis of beneficial mutations

​Beneficial mutations allow populations to adapt to stressful environments, yet the number and type of mutations available to populations remains poorly characterized.  I decided to focus on the genetic basis of the first steps of adaptation, something that is only possible to do in an experimental evolution framework in fast evolving organisms.  The early mutations that arise within populations during the first stages of adaptation to a novel or stressful environment remain largely unknown, as they are difficult to isolate, yet these mutations may well dictate future adaptive potential.

A major goal in evolutionary biology is to assess the reproducibility of adaptation to better predict future evolutionary change. Experimental evolution coupled with next generation sequencing provides an extremely powerful framework to observe evolutionary patterns, pinpoint the genotypic basis of adaptive mutations, and directly test how different ecological and demographic factors influence evolutionary trajectories. My research program has demonstrated that the diversity and type of first-step mutations underlying adaptation to different stressors (nystatin drug stress and copper stress) that arise in haploids are highly dependent on the environment, and that the diversity of evolved phenotypes does not predict the underlying diversity of genotypic solutions (Gerstein et al. Genetics 2012, 2015). Importantly, the genetic and ecological environments significantly influenced mutation effects. When I constructed homozygous diploid lines that contained the nystatin beneficial mutations, the mutations had a lower beneficial effect size in diploids compared to haploids (Gerstein Biology Letters 2012). All of the nystatin mutations were recessive in nystatin (lines that were heterozygous for the mutations did not show a fitness advantage compared to a wild type diploid). However, when the lines were examined in a rich medium, their dominance values were variable, ranging from recessive to dominant (the heterozygous mutant has the same phenotype as the homozygous mutant) (Gerstein et al. Nature Communications 2014). Epistatic interactions also depend heavily on the concentration of drug. When we constructed lines that contained pairs of nystatin beneficial mutations from different genes, the epistatic interaction depended heavily on the drug: in low concentrations (similar to the level the mutations were originally isolated in) we found that the fitness of the double mutant was often below one of the single mutants (negative epistasis). As the drug concentration was increased, we found this relationship flipped, and many of the double mutants actually had higher fitness than the single mutants (positive epistasis) (Ono, Gerstein & Otto PLoS Biology 2017). 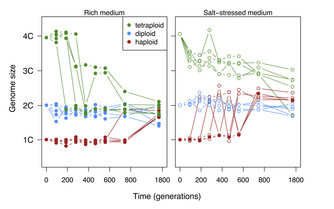 Ploidy variation (variation in the number of homologous chromosomes carried by an organism) is pervasive throughout the tree of life, even among closely related taxa. Furthermore, many organisms (including bony fishes, flowering plants, and many important food crops) show the signature of paleopolyploidy, historical genome duplication followed by eventual ploidy reduction. It remains largely unknown, however, when and why ploidy transitions arise and how they are
maintained.

In our soon-to-be-published review in FEMS Microbiology Reviews (Gerstein & Sharp, The Population Genetics of Ploidy Variation in Unicellular Fungi) we review evidence of ploidy variation in diverse species of fungal microbes and describe how concepts from population genetics theory can be applied to better understand the roles of mutation, selection, and drift in the evolution of this important trait.

We published a seminal paper in 2006 (Gerstein et al. PLoS Genetics 2006) documenting rapid transitions back to baseline ploidy during an evolution experiment in Saccharomyces cerevisiae. It is now apparent that this phenomenon, which we recently termed “ploidy drive”, appears throughout the fungal kingdom among diverse taxa. The overall picture is that ploidy can rapidly change, with the rate of convergence dependent on the genetic background and specifics of the environment (Gerstein et al. Evolution 2017; Gerstein et al. mbio 2015), and this provides a rapid and common route for fungal microbes adapting to stress.

An a priori explanation is that individuals of the historical ploidy level have a fitness advantage over atypical ploidy individuals. Interestingly, there was no correlation between ploidy change and the measured rate of fitness improvement (Gerstein & Otto Plos One 2011; Gerstein et al. Evolution 2017). Equally puzzling from a theoretical standpoint, short-term rates of adaptation patterns did not predict long-term ploidy change: S. cerevisiae haploid strains adapted faster than diploids during 200 generations of evolution in unstressed and salt-stressed medium (Gerstein et al.2011), yet all haploid strains eventually converged to diploidy (Gerstein et al. 2006). The overarching picture is that although both genetic background and the environment can influence the rate of convergence, the drive towards historical ploidy is pervasive in these diverse fungal microbial taxa. 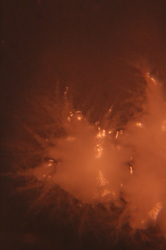 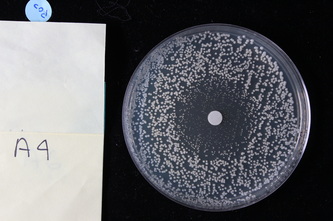 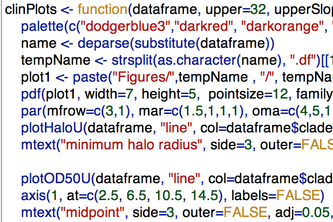